Summary of our Tour of Northern Spain 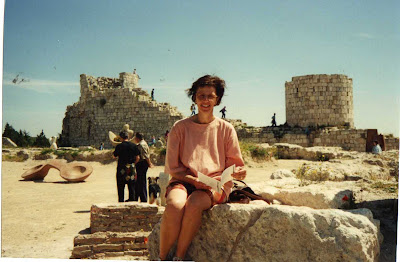 This was our most ambitious tour so far. We had gained a lot of confidence from self drive holiday of the previous year to Portugal and Spain. Many of the battlefields we explored then were return visits to ones we had seen with Holts Tours. However this time it would all be new

Burgos was the only one which was really easy. The castle overlooks the city, and is easy to find. From the castle it is easy to walk the area of the siege.

Vitoria was easy to find, but difficult to explore. A large new motorway through the centre of the battlefield makes it difficult to find Arinez hill, the French first line. But once found the layout of the field was clear and obvious.

Roncesvalles was easy to find, the modern main road goes over the pass and there is a large car park and monument to Roland. Some of the original paths are not so easy to find.

Maya is similar to Roncesvalles. Easy to find the pass, and again a car park. From the pass it is easy to see the direction of the French attack, but very difficult to find the actual area of fighting.

I could not find Sorauren on my modern road map, but passed through it on the way to Pamplona. It would be easy to miss were we not looking for it. Once out of the car it was a delight. The ridge was obvious, and easy to explore. But my favourite was the small café we found within sight of the bridge where Wellington wrote his orders.

Vera was less impressive, except for the bridge where Cadroux and his riflemen held the French division at bay. We never did find the ridge over the village which was the scene of the light division assault on the Rhune.

Fuenterabbia is now a lovely seaside resort and a nice place to spend a few days. But it is greatly expanded from the village of 1813 and impossible to locate where Wellington forded the river into France.

We covered 30 miles trying to find the battle of the Nivelle and largely failed. But we did find Sare, and promised to return to do it properly.

We were luckier with the 50 miles to cover the battle of the Nive. The church at Arcangues and the hill of Monguerre helped to make sense of the large area covered by this battle.

San Sebastian has grown to cover all the area of the siege, and the town is very modern. But the castle was easy to find, and cannot have changed much since Wellington laid siege to it.

So a busy and rewarding tour. I feel that we have done justice to Burgos, Victoria, Sorauren, the Nivelle and San Sebastian. But the Pyrenees was just too big and too difficult to do in the short time available.

We had already decided before we finished that we would return again to explore the Pyrenees, and in particular the battle of the Nive. It would require at least a week, and we would base ourselves in the lovely little French village of Sare.

Posted by paul leniston at 5:53 AM